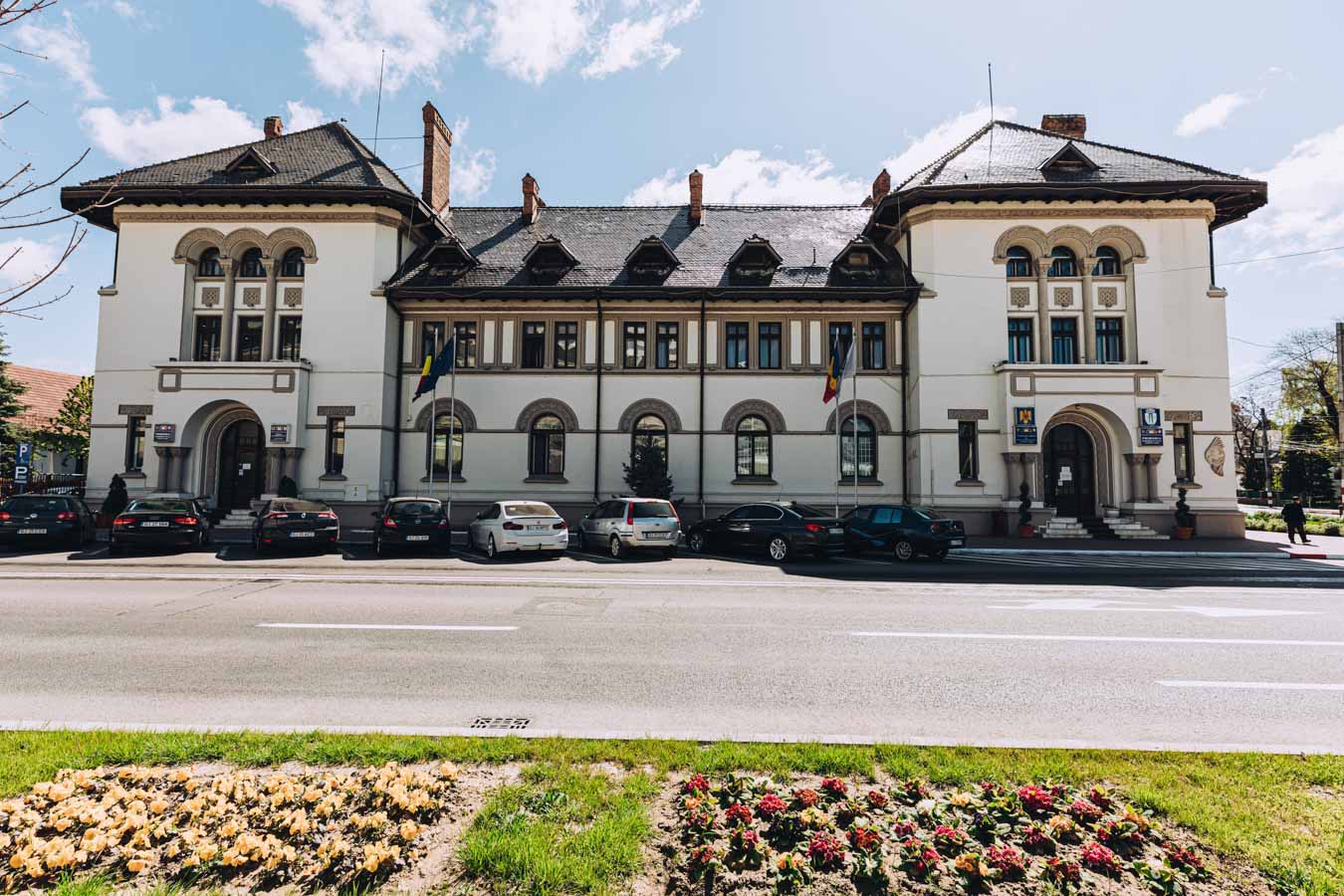 The municipality of Târgu Jiu took its name from the vicious river Jiu, which it crosses from north to south and which, over time, moved its bed from the Prejbei Hill to the west, forming three terraces that constitute today’s territory. village. Before the conquest of Dacia by the Romans, the village was a village on a territory with islands and forests, located between the courses of Ji, Hodina, Voivodici, Putnei and Paschiei. He thus offered a good shelter to the inhabitants, which he defended against the outward strikes. Here important commercial roads intersected between the Danube, Drobeta Turnu-Severin and Transylvania with a Roman center on the Olt. Roman cohorts, surrounded by fortified settlements, were stationed nearby. During the wars of conquest of Dacia, part of the Roman army, according to historical testimonies, passed through the locality. The scholar of Gorjean culture Alexandru Ștefulescu argues in his work on Târgu Jiu, that in Roman times the locality was a vicus, a commercial resort. The excavations carried out for the construction of the railway line Târgu Jiu – Rovinari revealed in the southeastern part of the city a Roman mosaic, tile and bricks, as well as ceramics similar to the one found near the Roman fort at Bumbești-Jiu.

The city is mentioned for the first time in 1406 under the name of “Jiul”, in a command given to the Tismana monastery by the voivode Mircea cel Bătrân. Also in the fifteenth century, the town appears for the first time in documents having the quality of fair. Over time, mentions appear that indicate a crystallization of the city life. The city mentioned as such, by a document from the year 1611 given by Radu Mihnea, is certified as a municipal organization, having a county and several parishioners in charge of the city’s affairs. In the sixteenth and seventeenth centuries, the history of the city records some struggles of its inhabitants with the neighbors, for the decision of the property of Târgu Jiului. The flourishing economic condition of some of them allowed them during the reign of Neagoe Basarab to buy new areas of land.

In the 17th Century Târgu Jiu fulfills the function of residence of the Gorj. He often housed, in times of turmoil, some rulers of the country such as: Mihai Viteazul, Matei Basarab, Constantin Brâncoveanu. In 1631 the city was the theater of the conflict between the troops of the boyar Matei Basarab and those of Leon Voda Tomșa. In 1716, in Târgu Jiu and Bengești the fortresses sent by Nicolae Mavrocordat against the hostile boyars of the Turks were defeated. Against this ruler was to launch, in 1719 the memory of 66 Gorjian boyars to the Prince Eugene of Savoy in which they complained about the wrongdoings of the boyars Băleanu and irtirbei, partisans of the Turks. At the end of the eighteenth century and the beginning of the nineteenth century, the city is subjected to the robberies of some Turkish gangs, the passages to 1800, the bribes and the adalalai to 1814-1815.In the first half of the 19th century, the city witnessed significant events. Thus, on January 21, 1821 coming from Bucharest, Tudor Vladimirescu arrives in Târgu Jiu, where he finds elements favorable to his great plans, which he will support a few days later on the Padeș Plain. In the revolutionary year 1848, the inhabitants of the city, in the presence of the representatives of the provisional government, demonstrate against the Organic Regulation that they burn on Prejbei Hill. A special episode, in the history of the battles on the Jiu of the autumn of 1916, is the struggle at the Jiu Bridge on October 14, 1916. “Here – says a contemporary document – the elders, women, scholars and children of the Gorj stopped the enemy’s naval, defending it. and bravely the homes. “The young heroine Ecaterina Teodoroiu, originally from Vădeni, today a neighborhood of the city, who gave her life for the defense of the ancestral land during the battles in Mărășești in 1917, rose from among the Gorjian population. To honor her memory, as well as the other heroes. In 1937, under the leadership of Constantin Brâncuși, the monumental ensemble became famous on all the meridians of the globe.In 1992, it was decided to set up the “Constantin Brâncuși” University of Târgu-Jiu with the following structure: the Faculty of Engineering and the Faculty of Sciences. Today, the University has 25 study programs for the cycle of undergraduate studies and 20 master’s degree specializations. .The municipality of Târgu Jiu is at the intersection of the parallel 45 ° north latitude and the meridian of 23 ° east longitude, halfway between the Equator and the North Pole, in full temperate zone. Located 18 km south of the Carpathian Mountains chain, within the Getic Plateau, in the Târgu Jiu Depression – Câmpul Mare or the Oltean Depression (one of the most widespread sub-Carpathian sub-Carpathian depressions) north of the confluence of the Amaradase Pietroase with Jiul, the municipality has a deployment from north to south along a length of about 13 km along the Jiu River, on one side and the other, and from west to east a stretch of about 10 kmneighborhood• North – the communes of Stănești and Turcinești and with the city of Bumbești-Jiu (Sadu)• East – the communes of Balanesti and Scoarța• South – the communes of Dănești and Drăguțești• West – Balesti and LeleștiIt is temperate continental hill, with 190 days without frost, with unevenly distributed rainfall, with prevailing wind from the north, on the Jiu Valley. The air temperature varies widely due to the high altitude differences of the relief. The annual averages are 10.2 ° C in Târgu Jiu, in depression, about 3 ° C on medium altitude mountains and 0 ° C or below 0 ° C on high mountains.